Winter has come to the desert, and boy does it look weird. Snow just…doesn’t belong here.

Warm and toasty inside, Piper helps herself to some autumn salad (both her and Pip’s favorite dish), while Pip catches a few z’s. His sleep schedule is still messed up from his bachelor party just two nights ago (!!!) and with a newborn who knows when he’ll next get a full night of sleep.

There are a few treats in the mail today; first, wedding gifts have arrived!

As is typical, it’s a lot of pretty but ultimately useless junk. Piper sells off everything except for the cowboy painting and a few cheap posters which I for some reason didn’t set out for this pic, which get hung up inside.

Mr. Sexy Cowboy gets the place of pride in the dining/kitchen area. 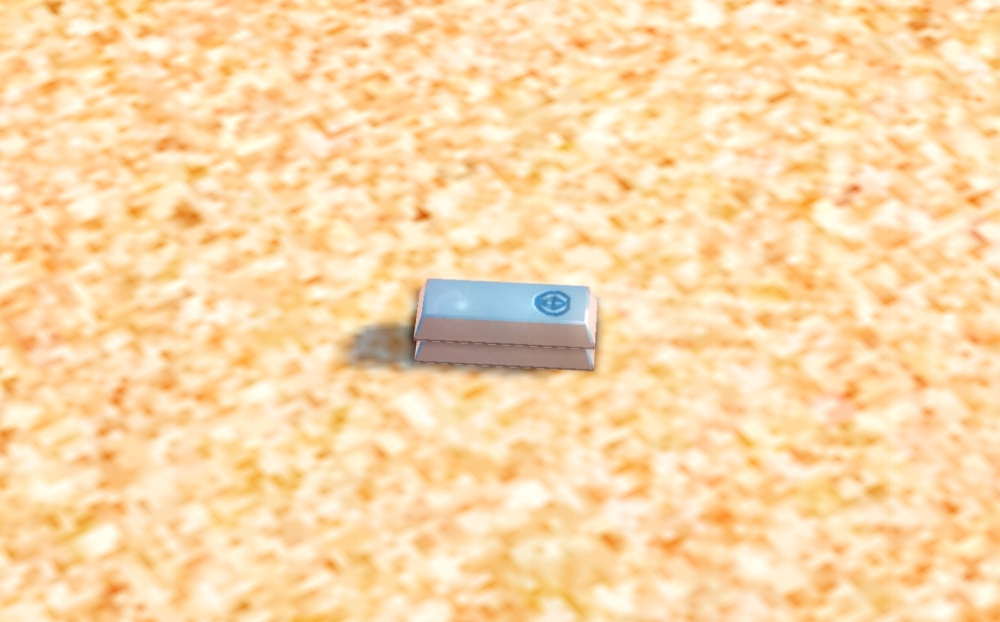 The day before, I finally got around to buying Marina the Alpha Pet lifetime reward, which substantially boosts her hunting gains. She immediately dug up a chunk of Supernovium, one of the most expensive metals in the game, and today we get two smelted Supernovium ingots in the mail, each worth over $7,500!!

The Aces are sitting pretty on a comfy chunk of over 15k, and I could kiss that dorky little dog. 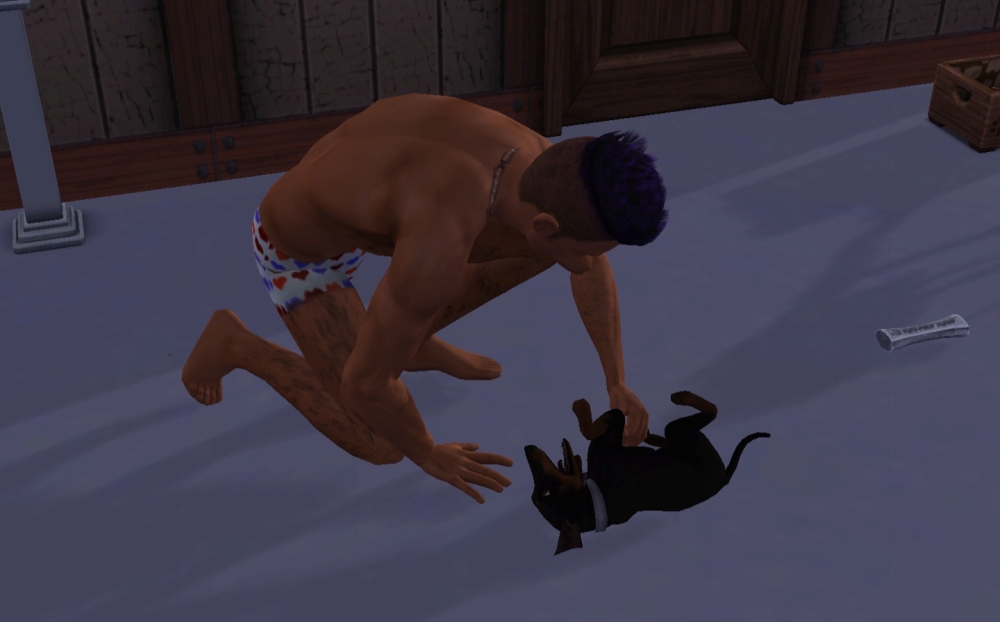 And then she needs another flea bath. She may be a wonderdog, but she’s a gross little gremlin too.

Both Pip and Piper had some buying-related wishes, so a small portion of their finances is put into a new dresser and mirror to deal with Serena’s inevitable fugly age-up outfits. 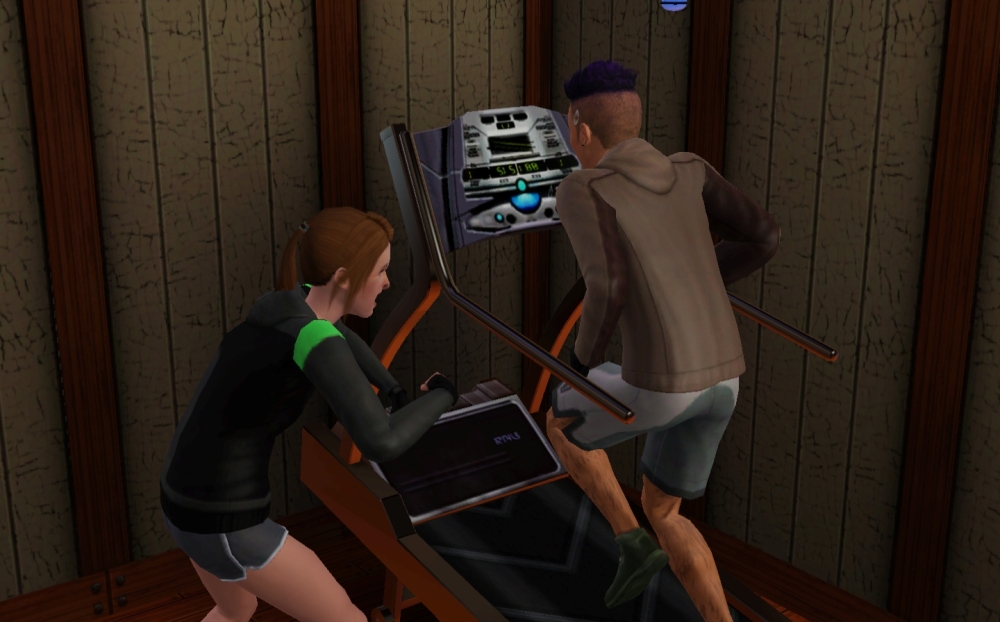 Piper has finally gotten high enough in the athletic skill that she can train Pip, who is in the final stretch towards reaching level ten athletics. It may be their honeymoon, but this is basically “woohoo” to them.

Serena’s earliest memories will include her mom shouting stuff like, “OUT HUSTLE, OUT WORK, OUT THINK, OUT PLAY, OUT LAST!” at the top of her lungs. 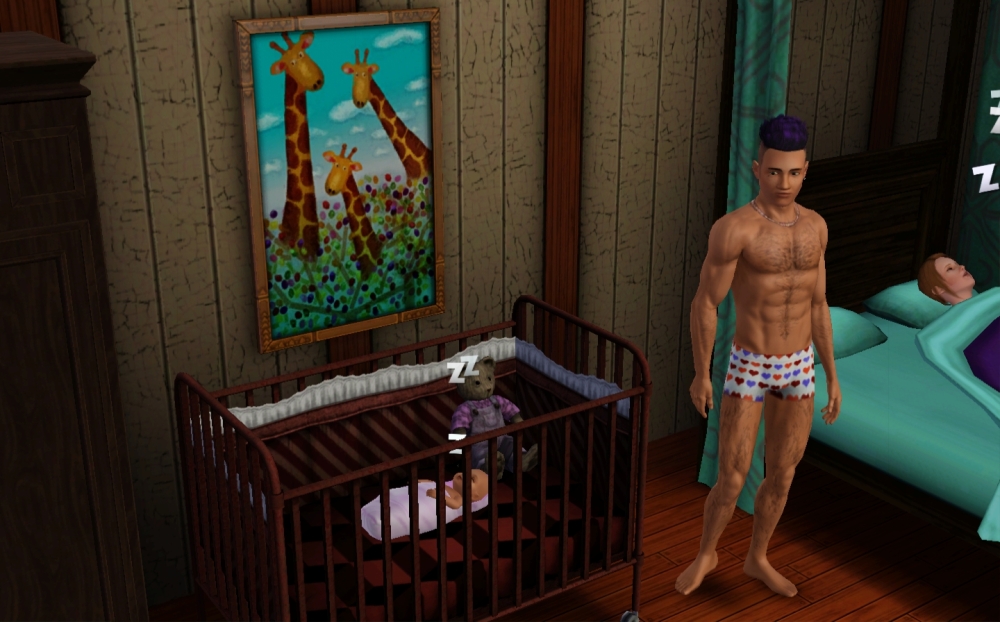 Some furniture manufacturer heard that two of Lucky Palms’ up-and-coming young athletes just had a kid, and sent the Aces a cute giraffe picture in the mail. It works weirdly well with the turquoise sheets on the bed. 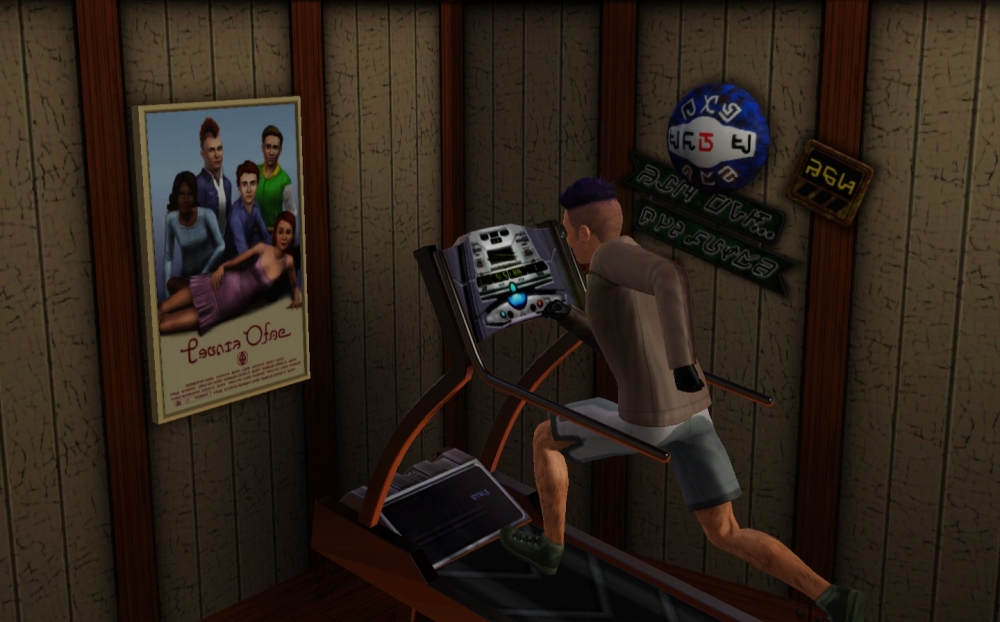 Lady’s and gentlemen, we have an important milestone complete! Yes, that’s right, no progress bar here, Pip has maxed out his athletic skill! I’m going to try to have him finish the skill challenges, just for fun, but all he really needs to do now to be a superstar athlete is show up to work and games on time! 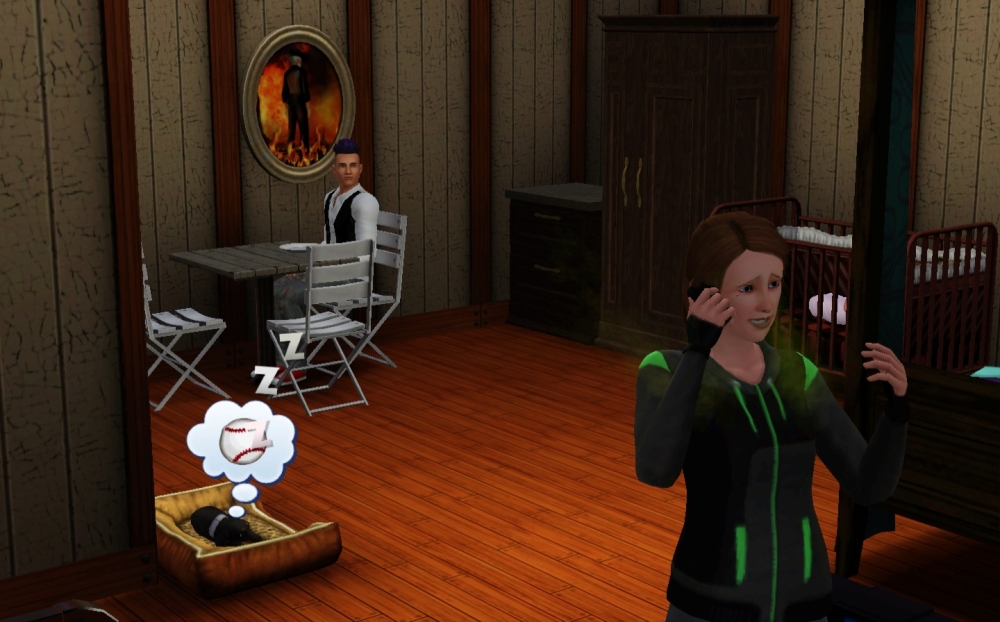 Speaking of work, as soon as their honeymoon is over Piper calls up the stadium to cancel her remaining maternity leave. I talked about this when I was writing the Gallants, but I’ll reiterate it here – technically this may count as cheating/be against the legacy challenge rules, but when you have a sim off work for a week or longer it’s just ridiculous.

That afternoon, Pip and Piper race off to work together, carpooling to the same location in identical but separate cars. I’m not sure anyone in the sims world knows what “carpooling” actually means.

Naturally, he was on fire, and with his help the team thrashed the opposition 9-1!

As a reward, he heads out to buy a partnership at the supermarket, to add to the one with the diner. 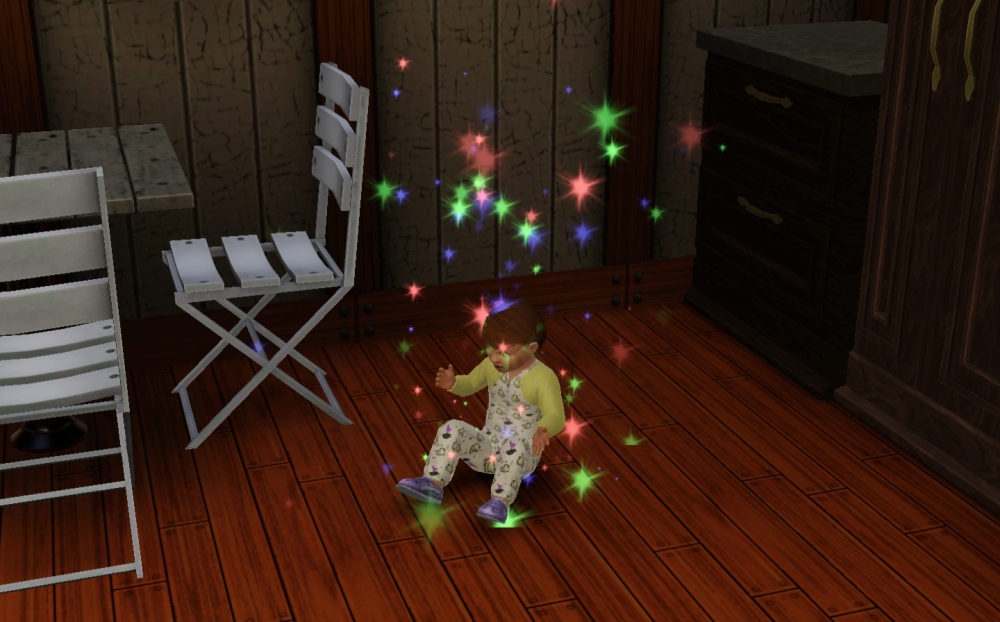 That means no one’s home to see Serena have her birthday, but oh well, it’s not like she’s old enough to remember anyway.

She’s a cutie! I think she has more of her dad’s features, but that’s definitely Piper’s brown and red hair.

A little shorter this time, but we’re now caught up to where I’ve played! The Aces are slowly moving up in the world, so I think I’ll build them a proper house once they have another kid. Two little guys in a one room house is asking for a disaster.